Here I come with my first quiz about a (rather common) MSTP misconfiguration that does not look very obvious on the first encounter.

This is my first quiz and I chose an MSTP misconfiguration scenario that could be easily overlooked on the first encounter.

You have a typical network with 2 COREs and 2 DIST switches running Multiple Spanning Tree Protocol. The server team requested that servers in vlans 100 to 199 will be considered privileged. You implemented MSTP in the following way: 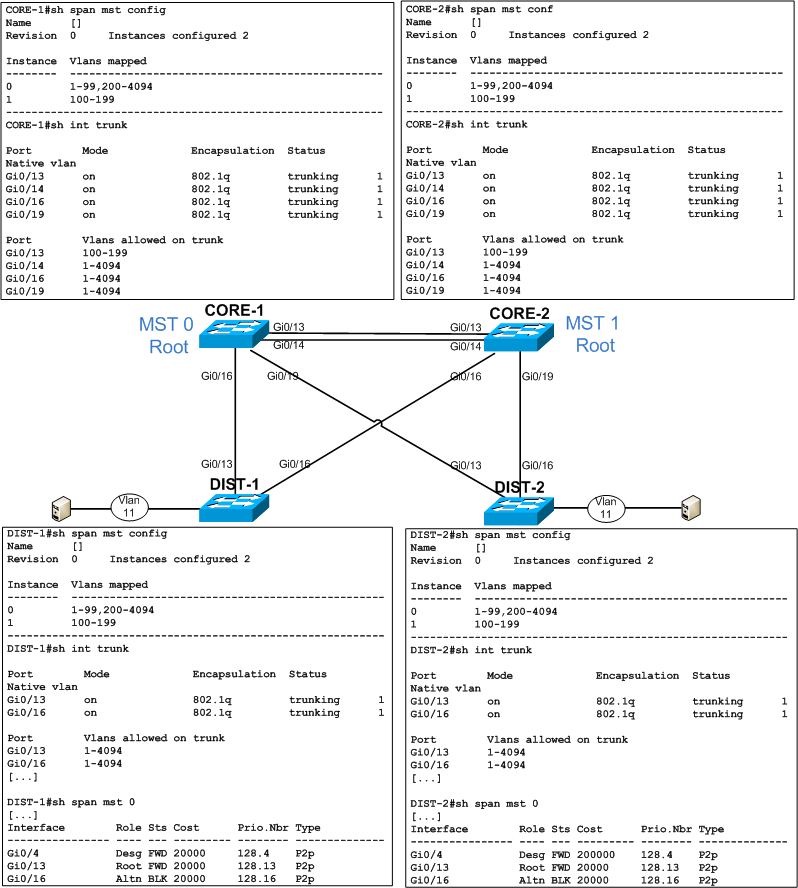 After your implementation, server team confirmed that all communications are ok (in both privileged vlans 100-199 and also in all other existing vlans).

Give me a hint about the problem !

What do you think the problem is? What would be the best commands to troubleshoot this issue and on what device(s)?