MACsec is an interesting alternative to existing tunneling solutions, that protects Layer 2 by performing integrity, origin authentication and, optionally, encryption. Normal use-case is to use MACsec between hosts and access switches, between two hosts or between two switches. This article is a leftover from MACsec on Linux that I first tested in 2016 when support for MACsec was just included in the kernel. I will describe how MACsec is used together with a Layer 2 GRE tunnel to protect the traffic between two remote sites, over WAN or Internet, like a site-to-site VPN at Layer 2.

Your company has an IPsec tunnel with another company for achieving network connectivity between servers in 10.10.10.0/24 on your side to 10.20.20.0/24 on theirs. Lately they complained that their equipment has problems dealing with ESP and requested to migrate this existing IPsec tunnel from Encapsulating Security Payloads (ESP) to Authentication Headers (AH), since encryption/confidentiality was never a requirement for this tunnel. What could go wrong ?

As you noticed from the previous articles, lately I have been playing with some various tunnelling techniques and today I am presenting MACSEC. Most of the documentation resources about MACSEC implementation on the web, at this moment, are the ones showing various vendors implementation, especially Cisco's approach. Although it's not a new topic, Linux support for MACSEC was added only recently.

In my previous article I presented various encapsulation techniques used to extend Layer 2 reachability across separate networks using tunnels created with Open vSwitch. Although the initial intention was to include some iperf test results, I decided to leave these for a separate post (this one!) because I hit few problems. 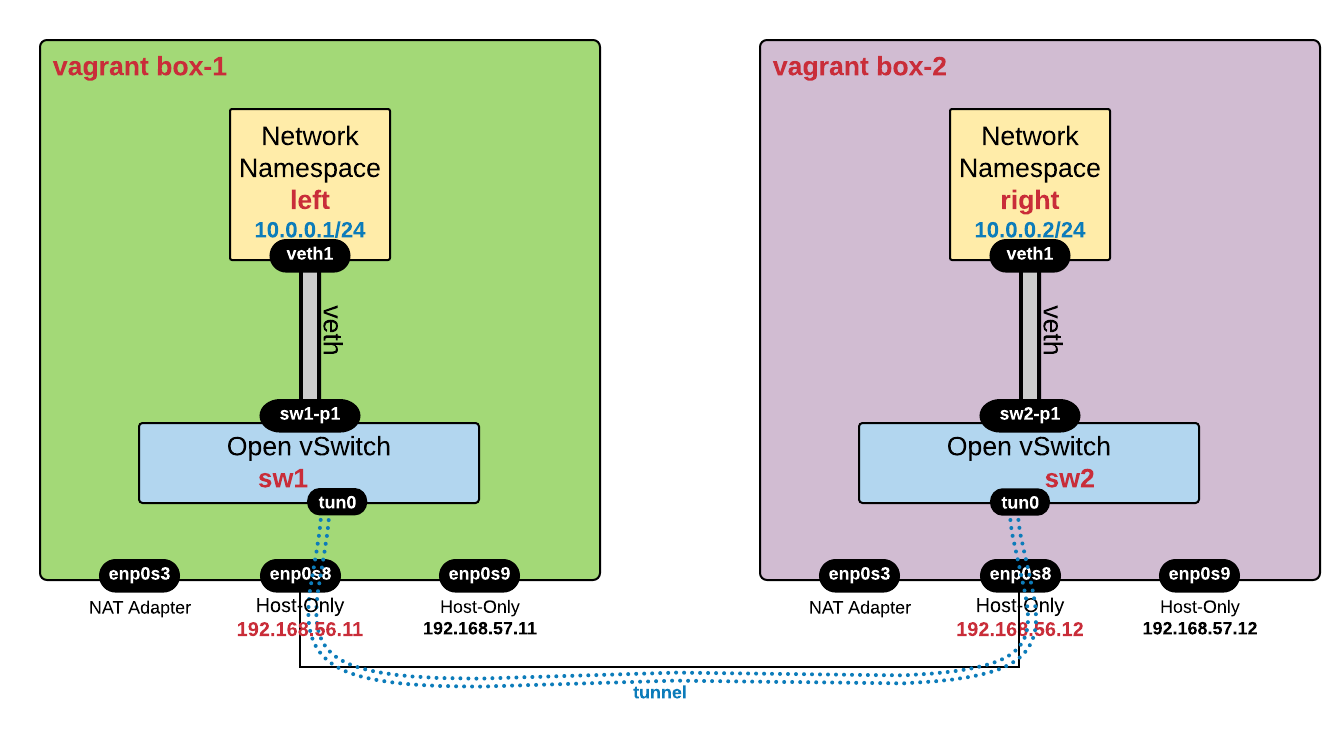 Building overlay networks using tunnels was always done to achieve connectivity between isolated networks that needed to share the same policies, VLANs or security domains. In particular, they represent a strong use-case in the data center, where tunnels are created between the hypervisors in different locations allowing virtual machines to be provisioned independently from the physical network. 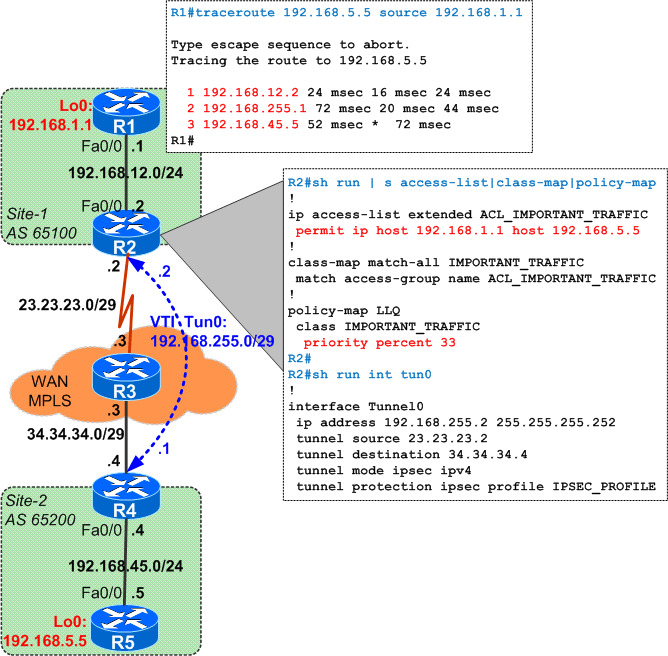 This post represents the solution and explanation for quiz-23. The quiz shows a scenario where the network engineer has to configure Low Latency Queuing (LLQ) for some traffic that will be encrypted into an IPsec tunnel. This article presents QoS Pre-Classify and other solutions to the problem...

How do ACLs handle fragments ? 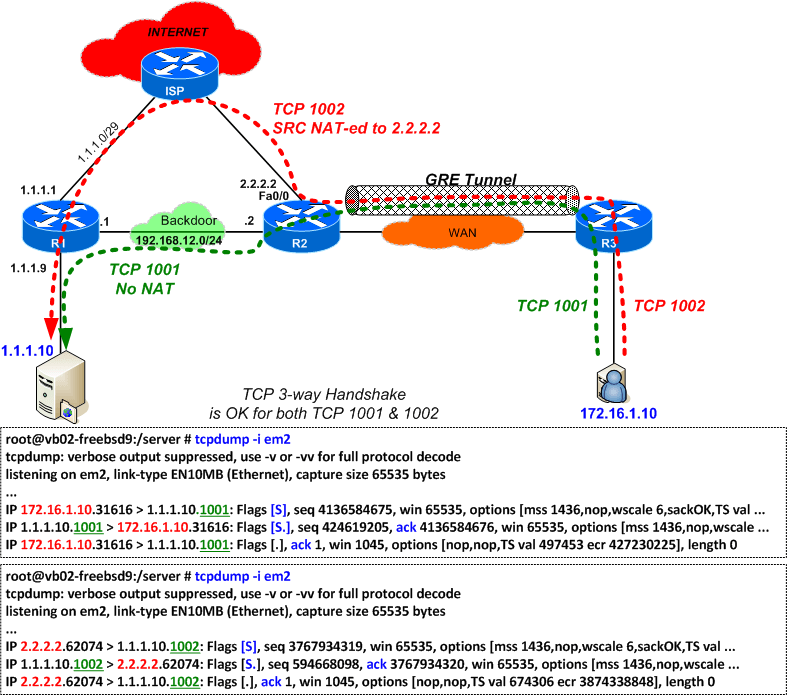 This post represents the solution and explanation for quiz-22. It presents how fragmented traffic is handled differently by a simple access list. It is a long read about fragmentation, Path MTU Discovery, MSS and other stuff...

Company ABC runs a static VTI-based VPN tunnel between Site-1, hosting 192.168.1.1, and Site-2, hosting 192.168.5.5. BGP is configured between the two sites, over the VTI Tunnel, making all traffic between the sites to be encrypted/protected by IPsec. The network engineer tries to configure QoS but something does not work !... 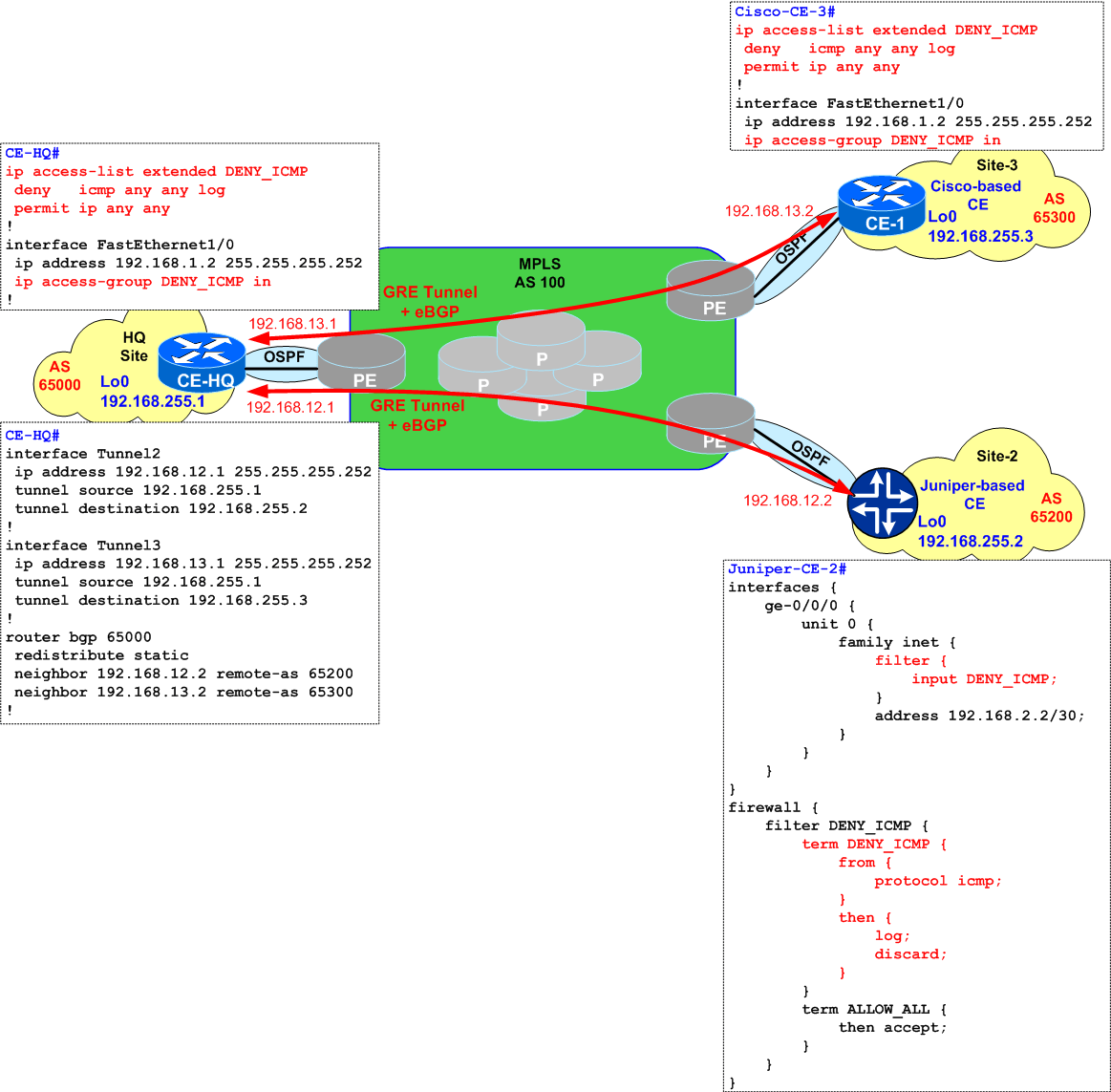 Your company uses multi-vendor routing platforms (Cisco and Juniper) and has multiple sites connected via MPLS from a service provider. Each remote site has a GRE tunnel with the Headquarter (HQ) and a BGP session over this tunnel. After some security change in the network, sites that are Juniper-based behave differently than the Cisco-based ones, creating outage for the customer. What's wrong? 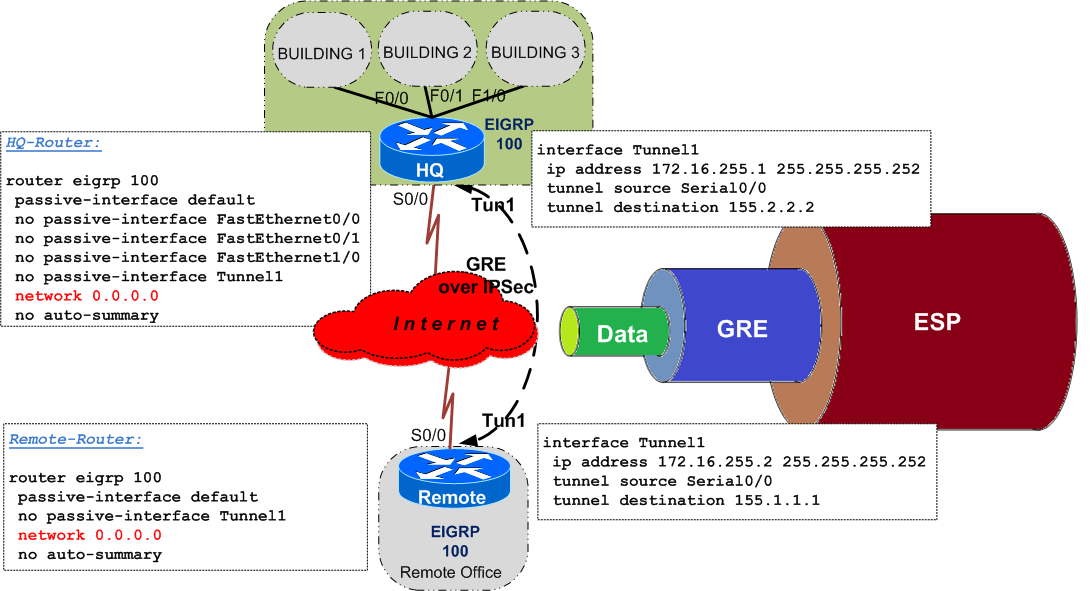 This post represents the solution and explanation for quiz-6. Running dynamic routing protocols over tunnels can result in recursive problems. Read more to understand the problem and some solutions.

This post represents the solution and explanation for quiz-6. Running dynamic routing protocols over tunnels can result in recursive problems. Read more to understand the problem and some solutions. 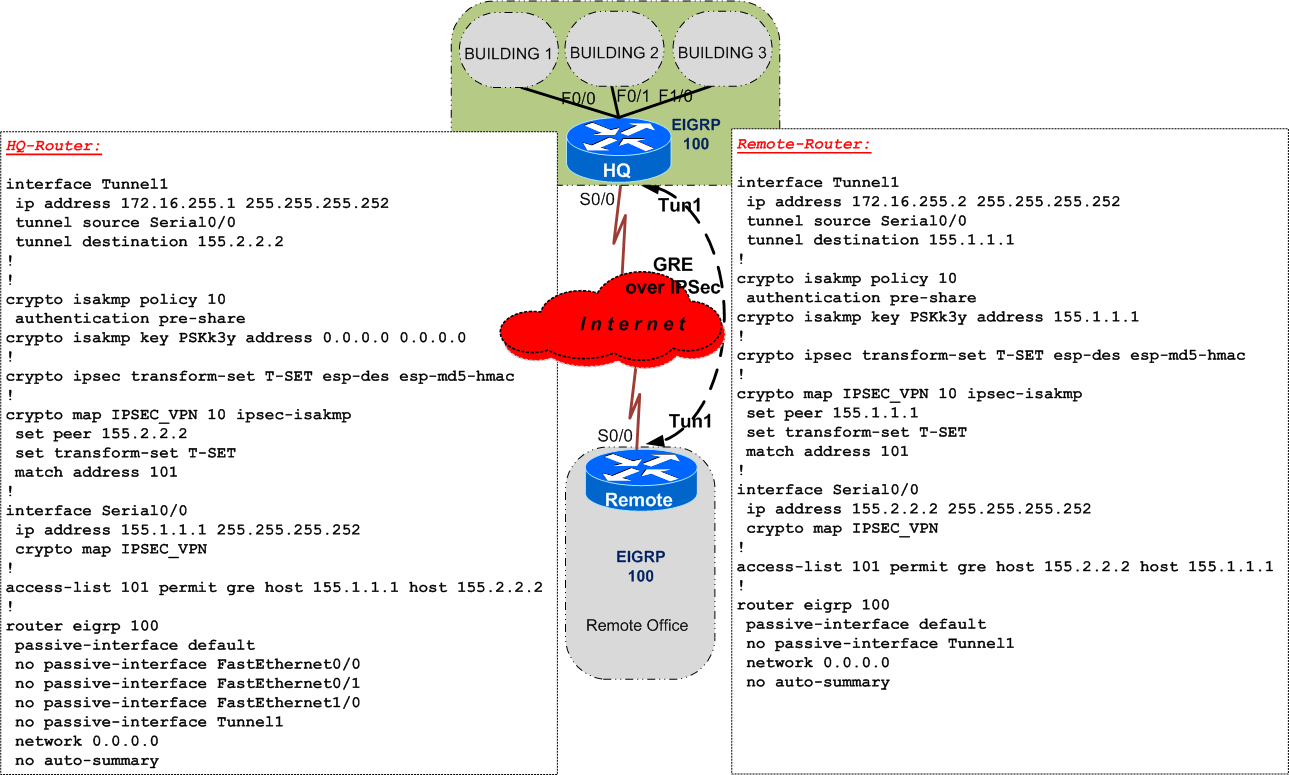 Your company is extending their network with a Remote Office in a different city. You configure an IPsec tunnel between the HeadQuarters and the Remote Office, then you run EIGRP over it, but soon you find out that the tunnel flaps up and down continuously. What is the problem?