Here I come with the solution for quiz-12, that I consider to be one of the most difficult quiz published on this blog, until now.
The difficultly (and the underlying problem in the quiz) is given by fact that some LSAs will contain a non-zero FA (Forwarding Address) while others have it set to 0.0.0.0.

In the beginning, let's see why FA (Forwarding Address) exists in the first place. We all know that packets destined to external destinations are routed through the advertising ASBR. According to RFC 2328 (see page 141), there might be situations when this behaviour is not desirable, so they have introduced the concept of FA in order to avoid extra hops in the path.
Consider the diagram below, where both RT-A and RT-B are connected to RT-X (a partner company), but only RT-A speaks eBGP with partner company (let's say that RT-B does not have enough memory to run BGP). RT-A redistributes the BGP routes (ex: 172.16.10.0/24) into the OSPF domain, thus becoming an ASBR. 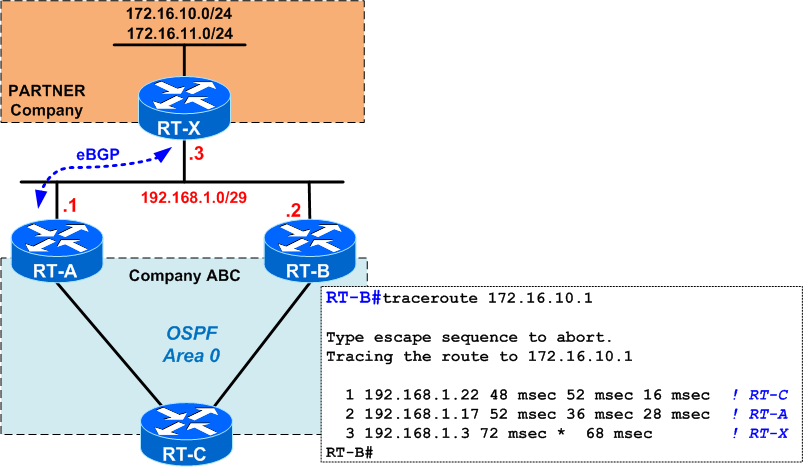 Without the concept of FA, traffic from RT-B towards those external destinations will go via the ASBR (RT-A), as shown in the traceroute output.
If RT-A set FA = 192.168.1.3, then RT-B would route directly to FA instead of ASBR, as you can see below:

Now, let's see what are the conditions required to have a non-zero FA. According to Cisco documentation, of these conditions need to be true:

Note the AND logical operator between each condition. An easier way to remember this (using the "inverse logic"): . 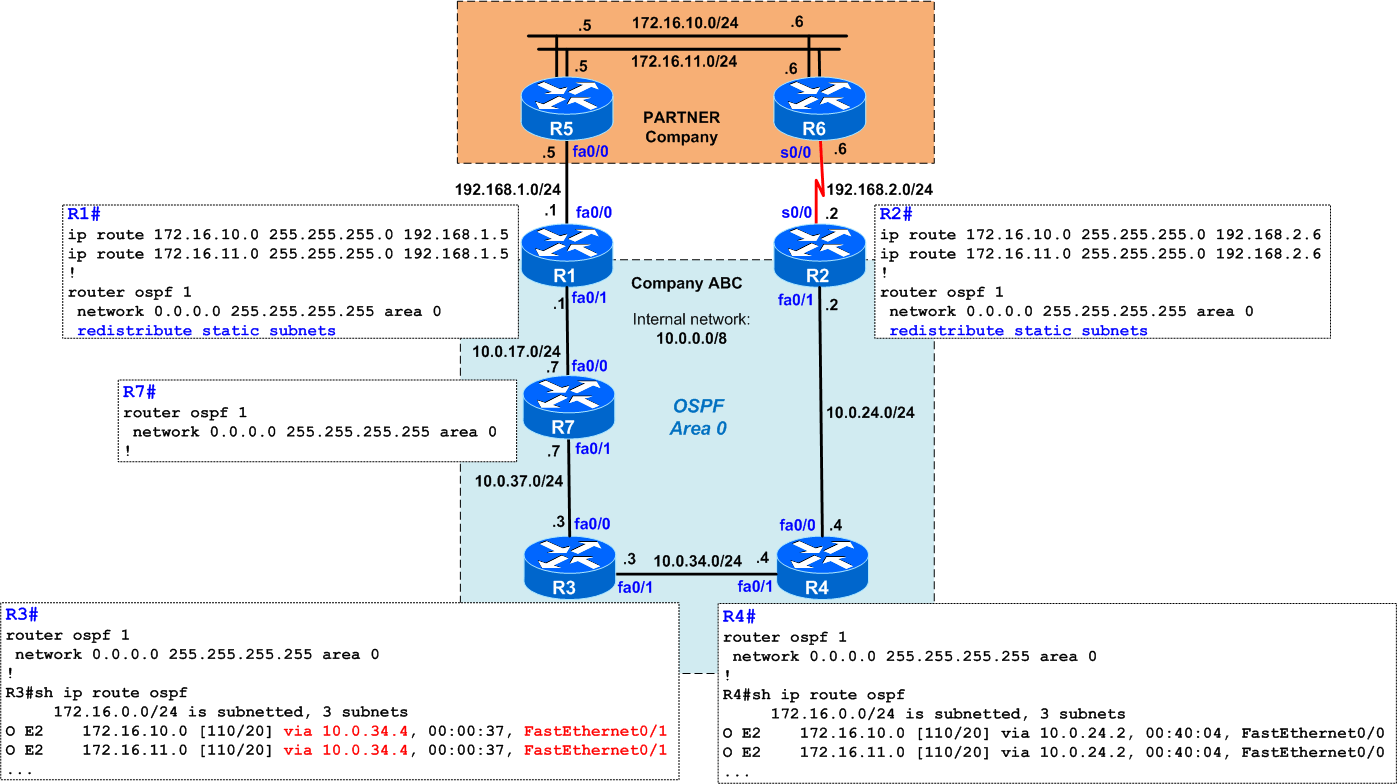 R3 (and all other OSPF routers) receives two external LSAs for same destinations and it choose the best path based on the with the following comparison:

thus, it considers that best path is via ASBR R2.

There are several solutions to this quiz, each with different result, and you may have to consider what do you want to achieve: load balancing on both exit links (R1 and R2) or use only Fast Ethernet exit on R1.
Basically, the idea is to have same behavior on both ASBRs: either both will set a non-zero FA or both set it to 0.0.0.0.


In case the primary link between R1 and R5 fails, the external destinations are reachable via serial between R2 and R6 - notice the forward metric:

Of course, there is much more to discuss about Forwarding Address, but this is one of the first article on this subject - more quizzes to follow :-)

Thank you for your comments and interest in the quiz!